An overcast Saturday afternoon. Approaching parliament it started raining, so I took shelter under a little stand with a table and two benches  set up right in front of the “Pallas Athene”. A man in a chair and a few Chinese tourists looking for shelter as well. A van parked next to it.

Talking to the man in the chair, he told me that he was German and working in Austria ( he runs a small commercial business). He had got so frustrated about the rising debts of the states, that he and two friends went to the police in Vienna to get the permission for having this stand set up. He too said that it was actually very easy and that he could even have this special place as there was no session planned inside the parliament. I asked him about the feedback, he said, some had asked.

It was rainy, not very pleasant and he sat there. He said, he wanted to do something. 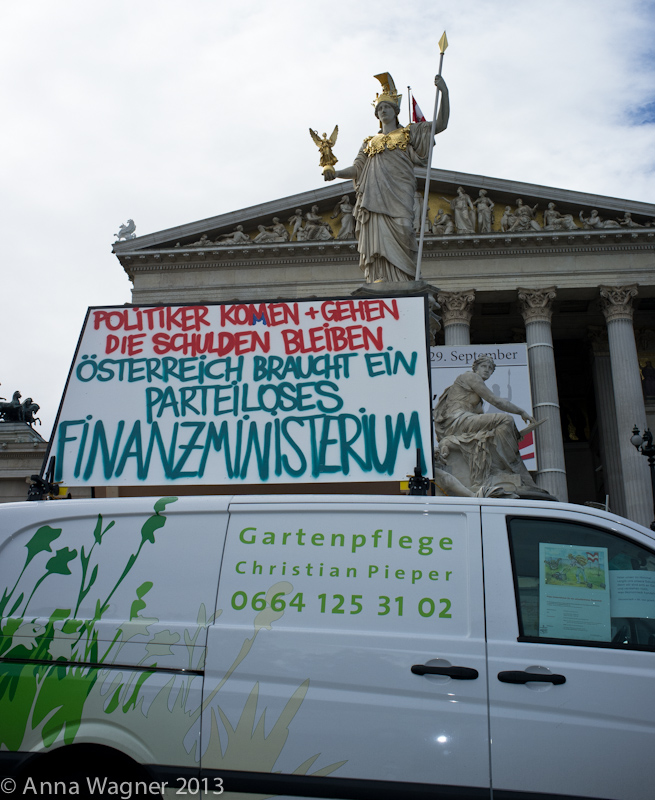