Shades of life – Vienna on a sunny afternoon.

On a sunny afternoon people are enjoying the fresh, lush green of trees and bushes in a park in Vienna’s downtown. In a corner a few teens stand in a circle playing with a ball. Acting very skillful and focused, they seem to be practicing.
The relaxed yet quiet atmosphere is abruptly interrupted by the shrill voice of a woman passing the little park on the adjacent sidewalk. She obviously does not like at all what she notices. Turning to the teens she screams, “Go into one of the cages! “ She must be talking about one of the grid-fenced areas in some parks, meant for playing ball games. There was none in this park though and no need for it in this case anyway.  The woman kept on shouting and screaming on this sunny afternoon, probably without being aware of anything else than what she considered to be so highly annoying.

On the same afternoon people are enjoying their day in a very different way at the Danube Canal.The colorful sprayed walls create a special atmosphere which people enjoy in many different ways. Two women are about to prepare a picnic for a gathering of friends, other people take a walk or just relax in one of the many reclining chairs lined up next to the wall. 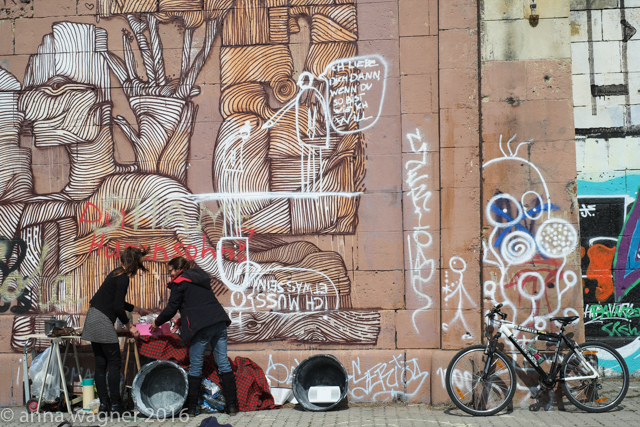 A man works on a new graffiti; he tells me that he had already worked on it for about 6 hours the day before. “I usually don’t paint over a graffiti of a friend,” he says. 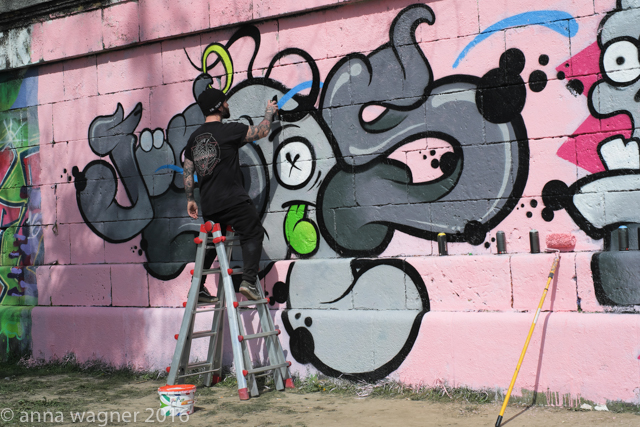 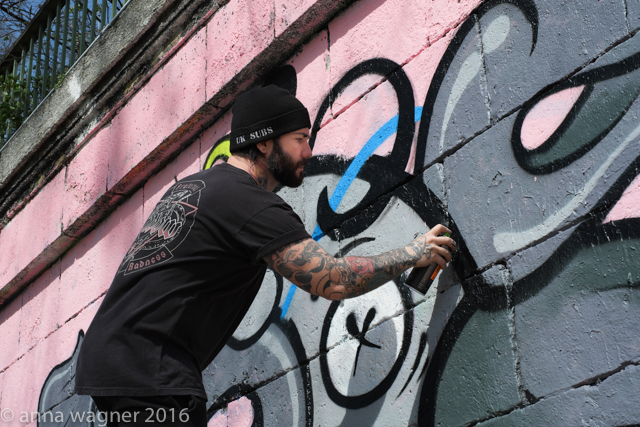 The colorful wall itself is a work in progress actually. Changing slightly, but consistently. People enjoy what they see. And the next day may be different.