A “waste cooking – event” had been announced in a newspaper, so I went there to get an idea what that would be. Less food there than I had expected, but then, the cooking would not start before evening. A guy told me, that the people who had organized it were quite “normal” people, not poor ones. He himself strictly rejected any kind of organization promoting a more responsible and thoughtful handling of food in general. He had some other ideas (somehow), which I thought would be hard to implement in Vienna. He too told me, that he himself barely bought food as “normal people” do, he instead would ask in shops on Saturday evenings for left overs. He said, he had got so much that he could not use it, but could not find anybody wanting it either. So he somehow switched habits. He said, that there would be way too much available anyway – he might be right at that. 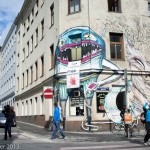 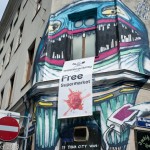 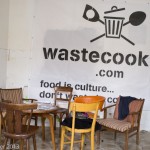 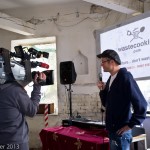 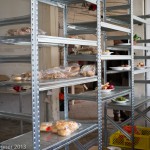 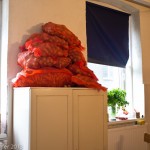 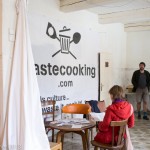 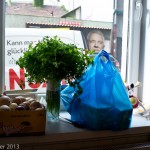 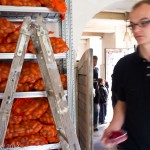 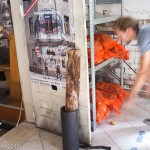